While the Spring 2020 Track Season was cut short; both of our varsity teams were on pace to set new records and make noise at the state level.  Below are our award winners for the season

My Coaches Award goes to Schyler Hoard! There have been so many firsts for this school year and track season. Our season ended abruptly on March 12th, instruction went to remote learning for the remainder of the school year, you had a season ending injury at your first real jump practice of the season, and I have never given a coaches award to an athlete who didn’t get to compete at all in a season. Schyler, in the brief time that you were able to practice, you showed amazing leadership, a truly positive attitude, the kindness that you always extend to your peers, and increased strength and speed. You were focused and ready to compete at a high level. The determination that you have at your sport is also a huge part of your academic excellence, and that drive will take you far in life. Never stop dreaming and reaching for the stars! I can’t wait to see what your future holds.

I’m so happy to give my Coaches Award to Garrett Gauthreaux! Garrett, you are an amazing athlete and an even better person! When we began the season and discussed your goals, you planned on putting your name on the Johns Creek Record Wall in triple jump. I honestly believe you were going to do that. The improvements you made each week, PR after PR, were leading you to your goal and I believe the podium at the State Meet. You were getting stronger, faster, more confident, and really focused on the details of jumping. I know that the character, determination, and leadership that you display in athletics will take you far in life. Your future is so bright, and I can’t wait to see where life takes you! Keep believing in yourself, working hard towards your goals, smiling, and most important… just being you!

My coaches award goes to Latham Hester. as a freshman Latham showed so much potential. He has a lot of great attributes.; I really liked how he was serious about training and wanted to get better every day. He also wanted his teammates to do well and pushed them to get better. Latham had a good season going! No doubt in my mind he would have met his goals. I feel he was going to have one of the best seasons as a freshman Pole-vaulter at Johns Creek. I’m looking forward to next track season to see what he can accomplish in a full season.

Every workout, Brooke focused on completing every exercise with great effort and perfect form.  She used every opportunity in the weight room to try to improve her performance on the track.  Throughout all of last season and this shortened season, it was always a pleasure to see Brooke with a big smile and great attitude enjoying working hard with her teammates.  Thank you for that Brooke!  Good luck at The U!

This season Ben approached the weight room in a business-like manner.  I enjoyed watching him work out with a focus and appreciation for the exercises while putting forth great effort every rep.  Our relationship grew a lot over the past year since Ben came over to defensive line and agreed to play one of the toughest positions for on the field.  It was a pleasure to coach him all year and I’m glad I got to spend more time with him as he went through track workouts with a great tempo and great attitude.  I’ll miss you Ben! Do your thing at Drake!

Andrew Taylor is a machine.  In watching him run, he is consistent, driven and dedicated.  He knows race day is about executing what he did in practice.  I don’t think he missed a day of practice for track or cross country.  I was impressed with his quiet leadership and willingness to push his limits.  I will miss him next year and hope wherever he goes he brings out those flashy spikes of his!

Luca Parker is an athlete that you don’t get to see very often.  Though he is gifted both as an athlete and as a runner, what sets him aside is his will power.  When you see an athlete who is willing to work on their own, at a very high level, when no one else is around, it’s a very special thing.  I will miss Luca and his times at practice.  The ability to laugh during a hard workout.  The desire to try.  I will miss watching his dogged pursuit of speed and time in his races.  He always trained with pace, but raced with purpose.

Madigan Wallace is one of the hardest workers on the team but that also doesn’t stop her from being a leader and cheering on every single one of her teammates. She was always the first one to practice and one of the seniors who led warmups and stretching after practice was done. She is always an athlete you can count on to get a workout started and keep everyone in line – I know, if she ever wanted to be, she would make an amazing high school coach herself.  We had a lot planned this season regarding times and goals of making it to her 4th state meet in 4 years but I know she will achieve great things continuing her track and field career at Kennesaw State University,

Dani Blank is one of many kids that has always worn many hats on and off the track throughout her high school career. Whether it was running, or AP classes, or Mock Trial – she worked as hard as she could to be the best she could at everything she did. Primarily a distance runner for her first 3 years, we had a conversation about her track career at the beginning of the season. We talked about how she wanted to be on the Varsity Region team and knew it would be tough to squeak out a spot in a distance race so she asked if she could run hurdles. I said sure, give it a try – She ended up being fairly good at it! It is a shame the season got cut short because I would have loved to see what she could do.  I know her track career may be over – but I know she it going to go on to do great things at Wake Forest.

Madison Wheatly is one of the best female athletes I’ve coached in my 19 years of Track & Field.  I’ve seen distance runners attempt field events and attain some success in one or the other.  I’ve never seen someone attain elite status is both! No doubt in my mind she would’ve been on the podium at the state meet in the High Jump and multiple distance events.  One of my favorite things about her was her work ethic at practice.  And she was always smiling!  For someone so happy, she worked extremely hard at practice and added another dimension to the tempo and effort of our girls track team.  As a track coach, it’s extremely difficult to decide which athletes to put into which events and relays in some of our big invitational meets.  Being able to slide Maddie into multiple events and knowing she will not complain and then excel at each was a true testament to her talent and work ethic.  She was one of the main reasons our girls team won EVERY big meet in our shortened season.  She’s going to do big things running at Kennesaw State the next 4 years!

Jake Beck is of my favorite athletes I’ve worked with over the years.  I was fortunate enough to work with him in football and track.  When I first arrived in the spring of his freshman year, he was not running track.  I told him that he and the rest of our skill players would be running track every spring thereafter.  Jake being skeptical of how the rigors of track and field would truly help him was an understatement.  But he came out the following spring and worked his tail off.  He developed into one of Georgia’s best 400 meter runners.  He even advanced to the state meet in the 400 and 4×400 his junior year, months after sustaining a season-ending football injury.  Jake came to practice with a business-like approach every day.  His leadership qualities were on display this season in practice and in meets.  I’ll forever remember his grit and determination coming down the home stretch in his 400 meter races.  All heart! 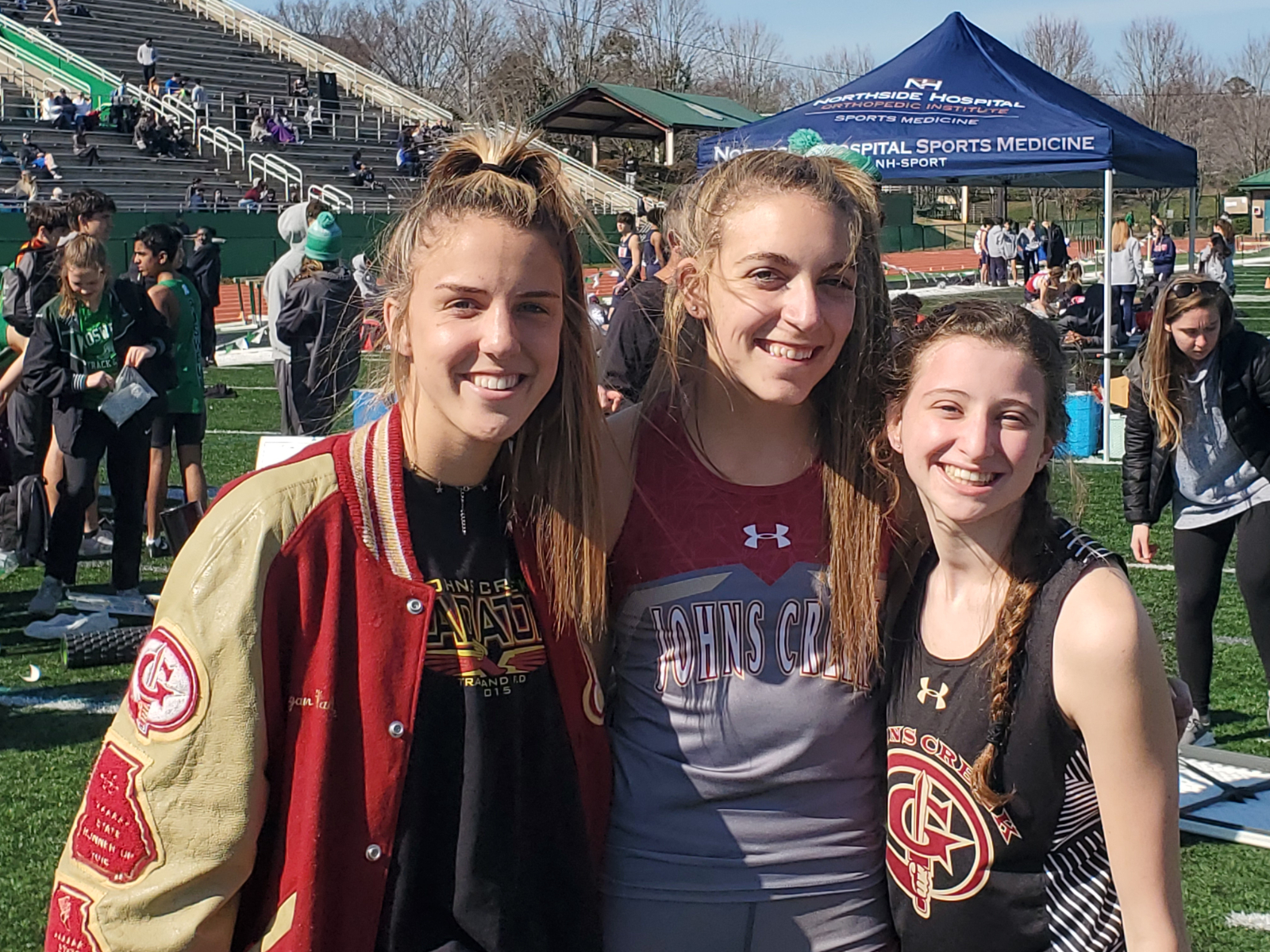 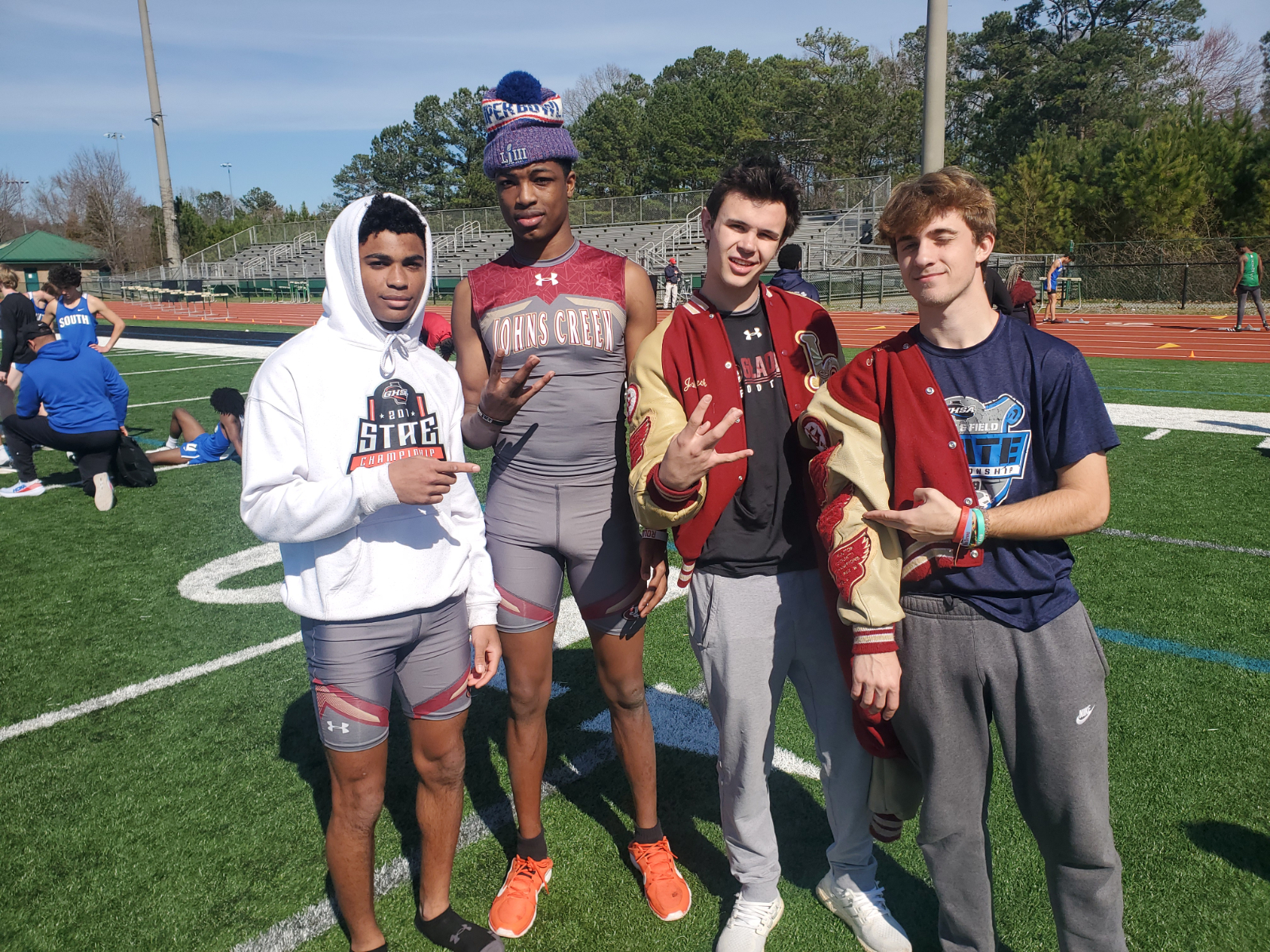