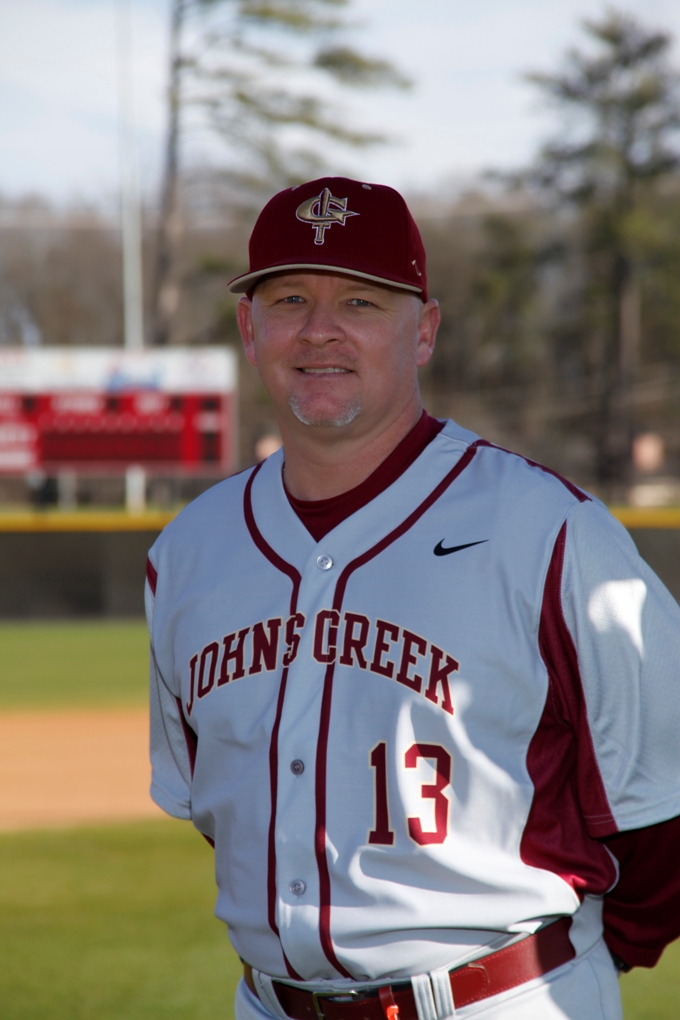 Entering his 11th season leading the Gladiator Baseball program and 28th overall, Head Coach Billy Nicholson and his staff look forward to building on the success their teams have had the past 10 seasons. Under Coach Nicholson’s leadership, the Gladiator Baseball program has been one of the top high school programs in the state of Georgia with a Final Four finish in 2012, 2014 and 2017, a Region 7-AAAA championship in 2012, the Region 6-AAAAAA championship in 2013, and 6 playoff appearances in it’s ten year history. Several players from the Gladiator program have received All American honors and a host of All Region and Player of the Year honors and 41 players have continued their baseball career’s at the college level since the school’s inception. In 2012, Coach Nicholson was selected as the North Fulton/Forsyth Touchdown Club Baseball Coach of the Year. He was also selected as the Atlanta Braves 400 Club Coach of the Year in 2012. Over his career that includes 400 plus wins, he and his coaching staffs have had the pleasure of seeing over 120 players go on to play college or professional baseball.

Coach Nicholson teaches Health Education at Johns Creek while also assisting Athletic Director, Jason Holcombe in activity bus transportation for athletics, field maintenance and equipment, and lights for the athletic facilities. Up until 2017, Coach Nicholson put on a different uniform in the summer as the assistant hitting and first base coach for the Rome Braves and most recently, the Gwinnett Braves (now Stripers), Triple-A affiliate of the Atlanta Braves. In his 17 summers with the Braves, he has had the pleasure of working with many current and former Braves and MLB players as well as outstanding coaches and managers at the various levels of minor league baseball. In 2014, Coach Nicholson received his first ever call up to the big leagues when he was asked to join the Atlanta Braves for their last weekend series of the season in Philadelphia vs. the Phillies.

In the summer of 2018, Coach Nicholson joined up with USA Baseball’s Prospect Development Pipeline (PDP) where he travels with the PDP staff across the country testing players in various athletic assessments for USA Baseball. In July of 2019, he was selected as one of the coaches for the inaugural MLB/PDP League held at IMG Academy in Florida and was able to work with 80 of the best high school rising seniors in the country. During the final week, he was selected to be on the staff for the inaugural MLB High School All Star Game held at Progressive Field in Cleveland during the week of the MLB All-Star Game. He coached 1B for both the American and National teams that that was led by legendary former Clemson Head Coach and College Hall of Famer, Jack Leggett. He also had the distinct honor of working with George Washington University Head Coach, Gregg Ritchie, SUNY Cortland Head Coach, Joe Brown, University of Portland Head Coach, Geoff Loomis, and former MLB pitchers, Alan Embree and Scott Radinsky as well as former MLB catcher, Gerald Laird.

Coach Nicholson is a 1987 graduate of Brunswick High School where he played baseball for Georgia Dugout Club Hall of Fame Coaches, Jimmy Brown and Coach Charles Skipper. He also played football and ran cross-country while a Brunswick High Pirate. Collegiately, Coach Nicholson played at Georgia Southwestern State University in Americus, Georgia for Bill Haywood and the Hurricanes where he also served as the school’s Sports Information Director.

After graduating from Southwestern, Coach Nicholson was hired at Southland Academy in Americus, Georgia as an assistant football, basketball and baseball coach. He later would become the head baseball coach of the Raiders and lead them to two Final Four appearances, two Semi-Final Appearances and a State Title in 2004. In 2005, Coach Nicholson took over as the head coach of Centennial High School where he led the Knights to a Sweet 16 finish and two playoff appearance in his 5 years there. In 2004, 2005 and 2006, Nicholson was selected as one of the assistant coaches for the East team for the prestigious AFLAC All-American Baseball Game, where he assisted Hall of Fame high school Coach Bobby Howard. In 2005, Coach Nicholson was an assistant to Kevin Maris, son of former MLB great and home run king, Roger Maris. Coach Nicholson also serves on state and national baseball committees continuously and he is currently the President of the Georgia Dugout Club.

In his spare time, Coach Nicholson is an avid outdoorsmen who loves to hunt and fish down in South Georgia and he is also a BBQ grill enthusiast in ribs, pork butts and steaks. He is married to the former Jennifer Johnson of Americus, Georgia and they have 2 daughters, Ashlee, 22 and Halee, 19 and they have 5 rescue dogs, Bo, Coco, Bella, Lyla, and Nash.

No Events This Week

Events are added by athletic staff.
View All Events