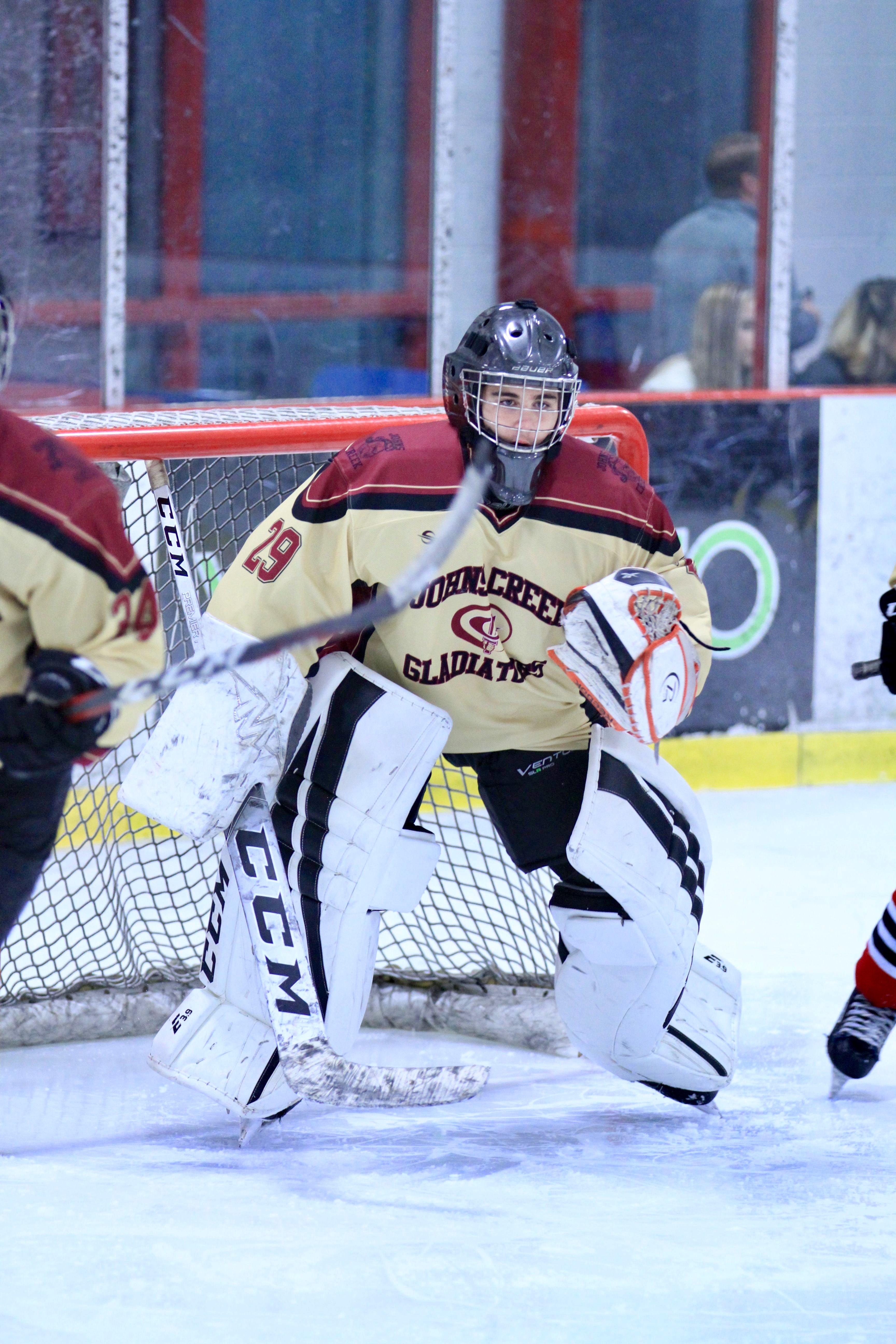 Johns Creek set a torrid pace tonight blistering the Forsyth netminders with 55 shots in a decisive 8-3 victory for the Glads at The Cooler in Alpharetta. The win is the team’s first of the season (1-5).

Turner Woods led the rampage with a four point night, scoring two goals, his second and third of the year, including a shorthanded marker and adding two helpers. Ella Volpe was in the right place at the right time on a couple of occasions, firing her first two goals of the season into the back of the Forsyth net. Cole Carter netted his team leading sixth (eventual game winner) and seventh goals. Dylan Riegert notched his second assist of the year on Carter’s second goal. Liam O’Brien also got in on the goal scoring binge, tallying his second of the year and Addison Gorecki scored his first of the year. Goaltender Peyton Krupica made 25 saves in the victory for the Gladiators.

Johns Creek will be back on the ice next Sunday, November 17th, at 7:30pm versus Woodstock.